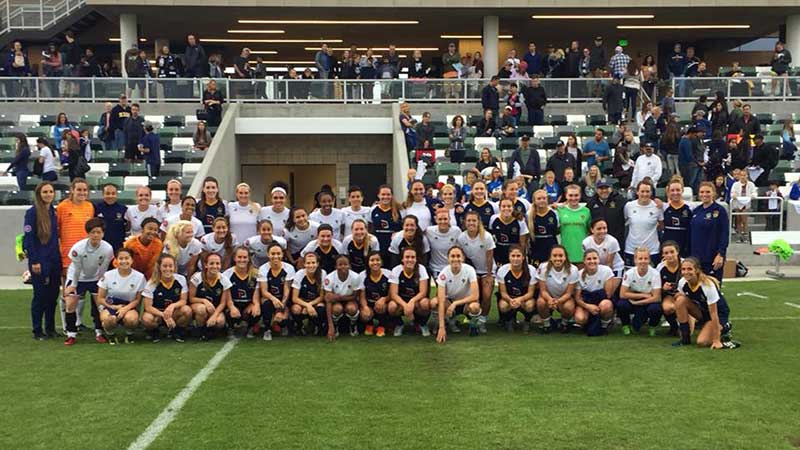 On Saturday, May 19, 2018, ‘The Battle of the I-5’ between our LAGSD Women’s team and LA Galaxy Orange County ended in a stalemate.

Enclosed in the epic Orange County Great Park Stadium, and with nearly 2000 in attendance, LAGOC scored first but our women tied the game up and were unlucky not to get the win after hitting the crossbar late on. Regardless, a great game, played in great spirits between the alliance club’s women’s teams.